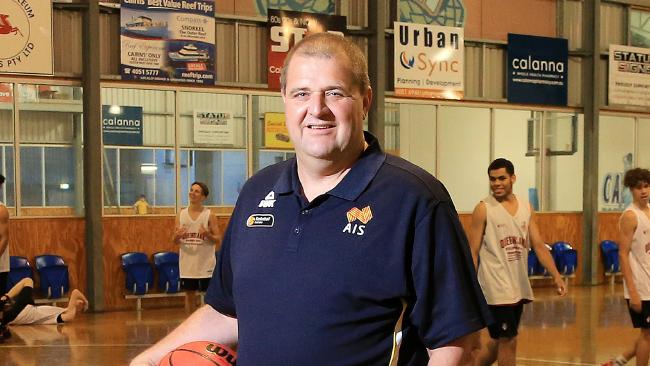 Elite Academy are delighted to announce that globally-renowned coach, Peter Lonergan, will be visiting the Academy from the 22nd to 28th February. Coming from Canberra, Australia, Peter will be sharing ideas with our coaches, working with our academy players, and delivering on the master skill of shooting at our “Elite Athletes Shooting Camp.”

In his role as Basketball Australia Technical Director, Lonergan is responsible for the development of coaches across Australia, which is regarded as one of the best countries in the world for coach education and development.  The Australian Centre of Excellent Program in Canberra is globally renowned, producing many Australian NBA players such as Andrew Bogut, Ben Simmons and Patty Mills.

Lonergan was assistant coach for the Australian Opals between 2006 – 2008, helping lead them to win Gold at the 2006 FIBA World Championships and Silver medals at the 2008 Beijing Olympics. He was also an assistant coach to the WNBL Sydney Uni Flames from 2010-11 until 2011-12. Speaking about his visit to Antwerp, Peter said:

“I have been impressed with the work and approach to teaching the game of Joerik and Alex and it’s exciting to get the chance to visit and share some ideas.”

Lonergan has had a major influence on the EA program. With several of his excellent clinics available online, several members of the EA Team have watched them studiously and applied Peter’s concepts to the players we work with here in Belgium. We look forward to an exciting week!

For coaches looking to attend a coaching clinic with Peter on Wednesday 26th February, please head to https://www.eliteathletes.be/coach-workshops-mackay-lonergan.